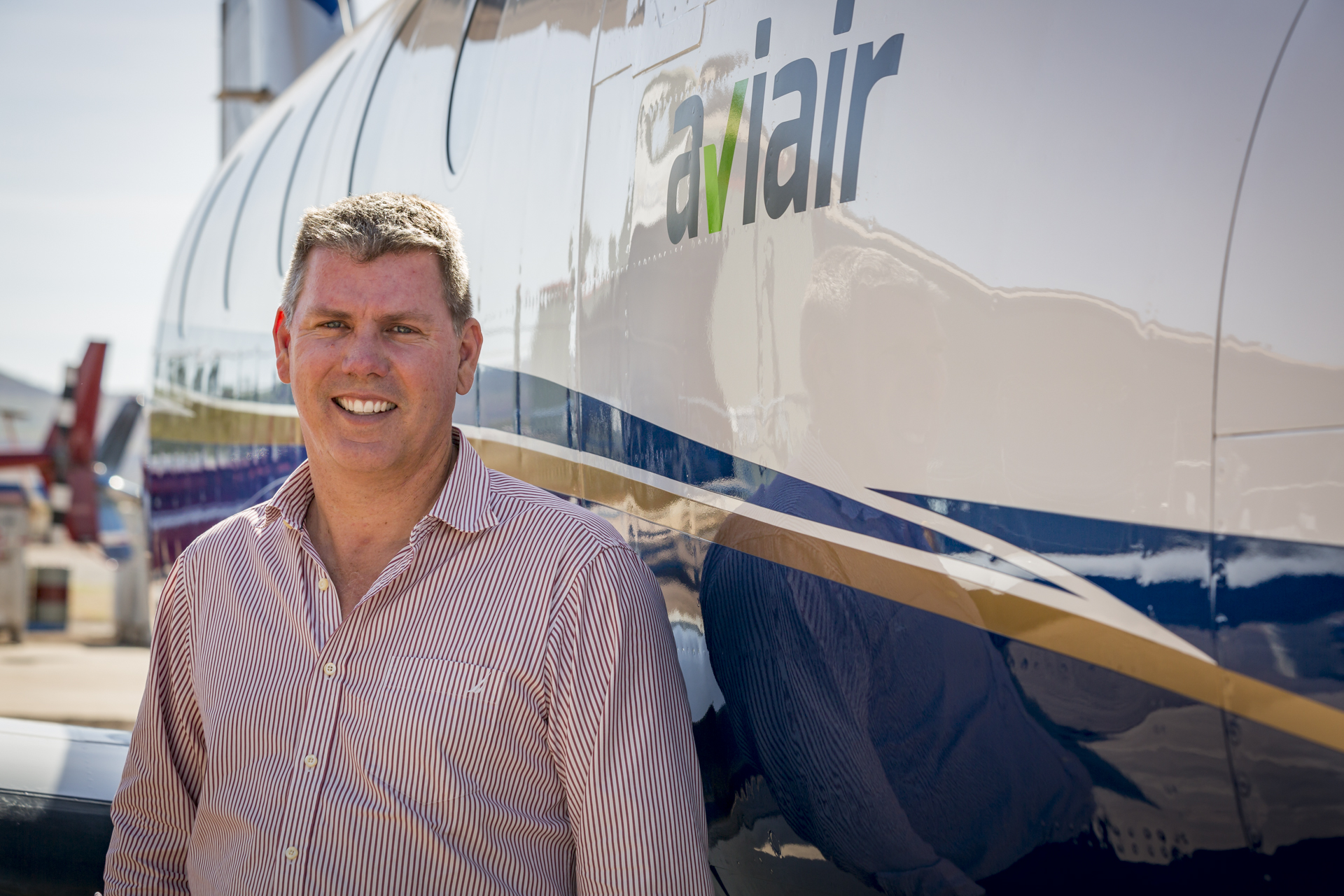 Regional air service providers and sister companies Aviair and HeliSpirit are benefiting from a decision to increase the size of their fleets in recent years, flying more than 36,000 people across the Kimberley, Pilbara and Northern Territory during 2017.

Based in the north-west of the state, HeliSpirit offers scenic tourism, charter and cargo services, while Aviair provides passenger services and tours; the operations were established by Kerry Slingsby in the late 1980s as Heliwork WA and Slingair. Managing director Michael McConachy and business partner Geoff Hamilton, who own several businesses in the north-west between them, now run both operations. They bought helicopter charter company HeliSpirit in 2014, and two years later extended their aviation enterprise with the addition of scenic tour plane operator Aviair, returning the businesses to common ownership.

“We’ve gone through some fairly rapid growth over the years,” Mr McConachy told Business News, “We had multiple remote bases for the helicopters spread around the Kimberley and into the Northern Territory, and had developed a new base in the Pilbara. So there was a natural fit to have a fixed-wing (plane) to fly people to destinations such as Purnululu National Park, the Bungle Bungle Range, and then show them around the area in a helicopter.”

Mr McConachy said the fleet had almost doubled in number since the HeliSpirit purchase, with 23 helicopters currently operating from eight locations including Karratha, Purnululu, Mitchell Falls and Katherine Gorge, offering scenic flights, corporate charters, remote passenger transfers, cargo transportation, as well as fire and rescue support and an affiliated commercial helicopter flight training school. The business had grown its fixed-wing aircraft fleet from six to 13 since the Aviair purchase, providing regular flights in the Kimberley amid plans for a network connecting the Pilbara, Gascoyne and Kimberley regions.

Both companies were honoured at the Tourism Council of WA Awards last year with Aviair awarded a gold medal in the major tour and transport operator category and HeliSpirit a silver medal for adventure tourism. Mr McConachy’s other business, Bungle Bungle Guided Tours, won bronze in the new tourism business category. “I think the Kimberley is becoming a must-see bucket list place,” Mr McConachy said. “The biggest challenge is marketing the state; there need to be more resources for it. WA has world-class natural assets and infrastructure but we’re far away, so we need to sell a strong story. “We’ve invested a lot in marketing for both the region and our product.”

More growth is on the agenda for Mr McConachy, who is currently assessing opportunities that will add to his aviation group in 2018. “Life’s busy, but what better place to be busy in,” he said.