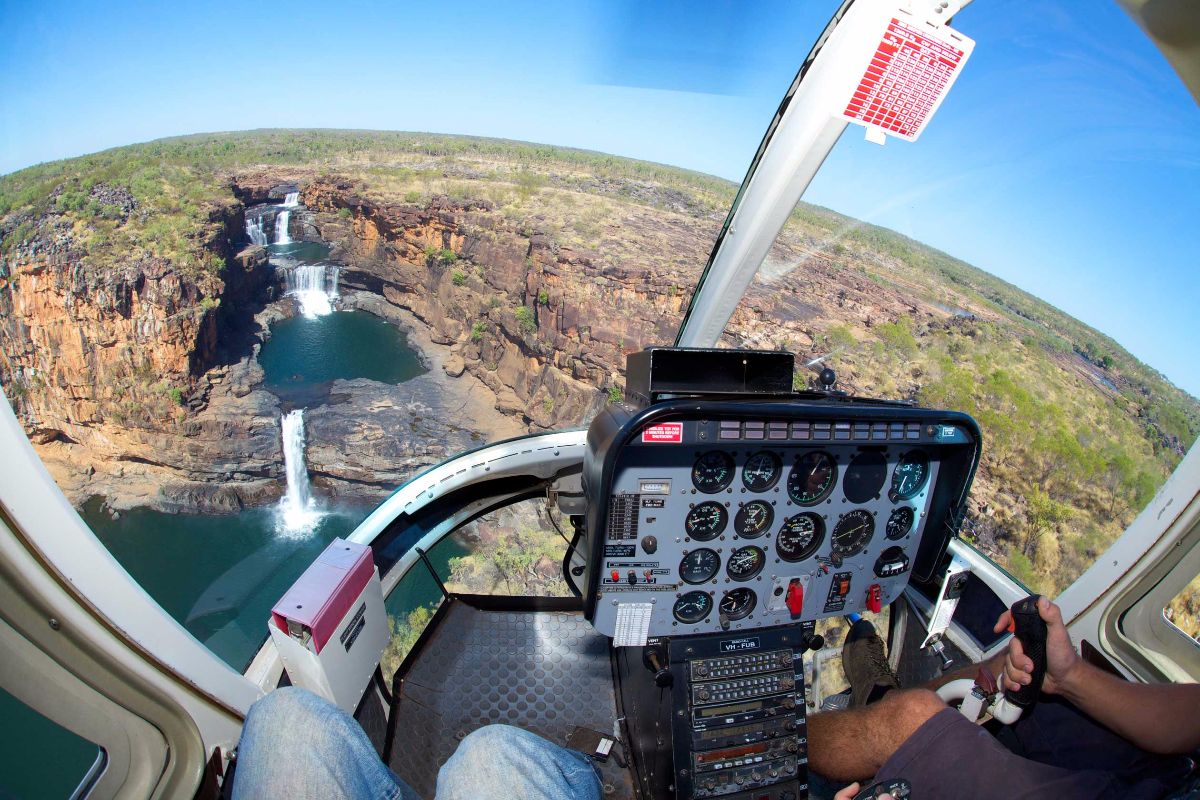 It’s one of the most picture-perfect spots in the Kimberley, but there’s plenty to discover about this spectacular four-tiered waterfall, Mitchell Falls, and its surrounds.

Impress your fellow travellers with a few facts…

It’s located within the realm of a national park

There is a plethora of national parks in the Kimberley, including the well-known and well-travelled Purnululu National Park. But the one you’re heading to is called Mitchell River National Park, and it sure is beautiful. Located in the north Kimberley, the park borders the Timor Sea to the North, the Indian Ocean to the West, and Prince Regent National Park to the south. The protected, 115, 300ha national park is holds both cultural and spiritual significance for the Wunambal Aboriginal people. It also encompasses some of the most beautiful landscapes the region has to offer.

It’s a haven for plants and animals

Mitchell Falls National Park is a biologists’ dream with more than 220 bird species, 50 types of mammals and 88 types of amphibians and reptiles, including saltwater crocodiles. With patches of rainforest, lateritic-capped plains, and plenty of water, it is the perfect tropical, savannah habitat for trees, palms and shrubs. The birdlife is so great, the area forms part of Birdlife International’s Prince Regent and Mitchell River Important Bird Area.

There’s more than one waterfall to see

Mitchell Falls’ stunning series of waterfalls is widely considered the main attraction, but if you’re looking for raw beauty, there’s plenty more to see. Mitchell Falls flights are the best way to take in all this location has to offer.  At the Mitchell Falls, you will see another waterfall to the left. This is Mertens Gorge, Mitchell Falls’ neighbour, and its narrow and dramatic drop makes it an impressive sight. There’s also nearby Little Merten’s Falls, which features a range of rock ledges, pools and shady locations to cool down. Surveyors Pool is located further north. It’s a good idea to research walking trails and have a good understanding of distances and conditions before setting out to explore.

This remote part of the Kimberley contains thousands of ancient rock art sites and has been a location of great significance to the Wunambal people for thousands of years. The site, called Ngauwudu, in the native language became a national park in the year 2000. The Wunambal people are the joint managers of the park and work closely with Department of Parks and Wildlife. The Wunambal Gaambera people believe if their country is healthy, they will be healthy. There are also two other groups of Aboriginal people with lands located at the park – the Ngarinyin and Worrowa people.

The Kimberley is crocodile country, and dangerous saltwater crocodiles inhabit the waters at Mitchell Falls – even if you can’t see them. The saltwater or estuarine crocodile is one of two species in Western Australia and the largest living reptile. But there are some spots to swim above the 4 tiered waterfall. Your pilot will tell you more.